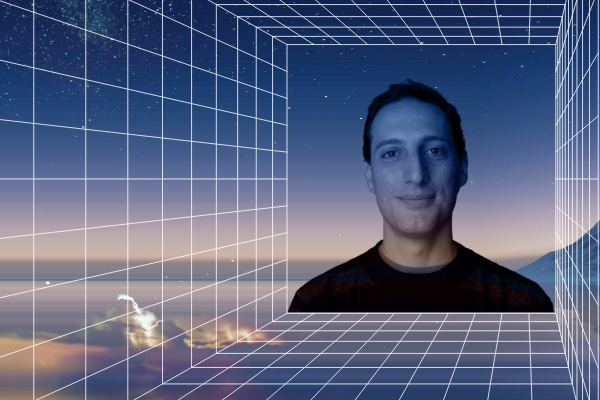 Alessandro is a musicologist, lecturer and game designer. Active on the LARP games scene since 1992, he is a co-founder of Chaos League team. His practice focuses on creating transformative experiences with a deep emotional content. He wrote some of the most popular LARP games in the last years (Sahara Expedition, Bunker 101, Miskatonic University) and co-wrote the Southern Way – New Italian LARP manifesto. Alessandro wrote several essays on LARP and he’s regularly invited to hold talks, workshops and lectures.
www.chaosleague.org

Reality is the biggest playground we have at our disposal. If we borrow a specific LARP term, it’s a sandbox that we can redesign, remix, hijack in many different ways. We can create something new, starting from the way we interact with people and spaces in our everyday life. In this workshop we will introduce you to Live Action Role-Playing, showing how this language can enhance co-creational experiences and redefine the ideas of agency and participation. We will merge LARP and ARG together and explore the main techniques to create powerful and meaningful experiences.
Expect engaging sessions with a lot of room for questions and cases studies, workshops and practical exercises. 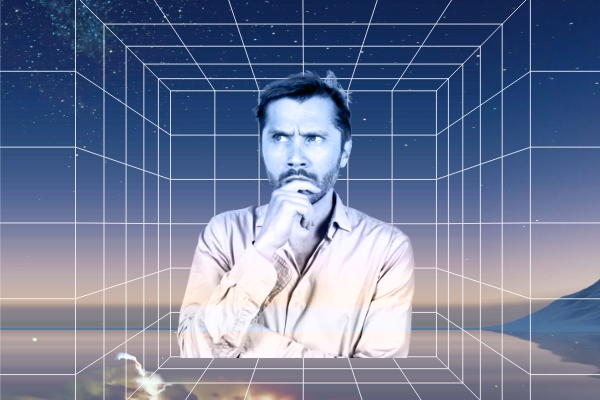 Caspar works as a freelance teacher, director and performer – specialised in physical acting, improvisation and clowning.
Founder of his own teaching brand IMPRO SUPREME (2010), which over the years has grown to become his main project. Codirector of Impro Academy Paris, member of improvisational theatre company The Improfessionals (artistic director 2008-2014) and solo artist across the world since 2013 with his more or less improvised show PLAN C.
Participant in the two first Summer Scriptwriting Camp/Base 2016 and 2017, Caspar came back in 2018 and 2021 as mentor and instructor. He has been a regular visitor to Bulgaria since 2014; first invited by HaHaHa Impro Theatre with whom he later co-created the physical comedy show AVANT-GARDE (2018). 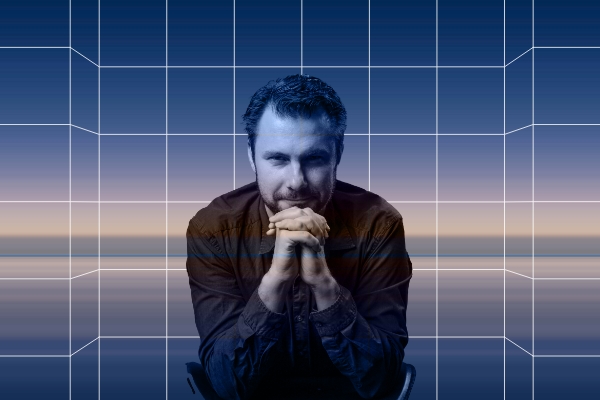 Dimitar studied acting and theatre directing in Sofia and New York and applied theatre studies in Paris. In 2008 he founded Famille Mundi theatre company in Paris in which he has worked with artists from more than 20 countries. He is cofounder of Sofia based Arte Urbana Collectif and founder and director of Summer Scriptwriting Base, an immersive international summer school. He is also founder of the platform Theatre & Science and coordinator for Bulgaria of the European project CURIOUS, linking artists with scientists. Dimitar is a director of Theatre of Wonder – Bulgaria, festival for art and science.
Dimitar Uzunov has authored, directed and acted in many stage productions. He has given workshops in various places around the world. His workshop Creative Storytelling was included in The Best 10 Creative Events in London for September 2018.

Storyworld design is a key aspect of all fiction, but is of paramount importance for the sci-fi and fantasy genres. For this workshop, through games and exercises, we will learn what are the elements of a compelling storyworld and how to build from scratch a storyworld that will deeply resonate with audiences.
​This workshop is designed in collaboration with sci-fi author Daniel Roy. 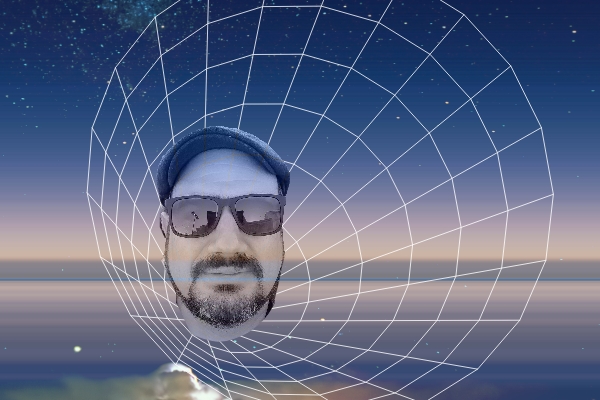 Jonathan is a PhD candidate at Trinity College Dublin reading in the area of Virtual Reality, Interactive Narratives, and Intangible Cultural Heritage. He has an MA in Games Design from UCLAN, UK with publications in Board Game User Experience, Narrative Consistency across Transmedial Narratives, Game Design Teaching Approaches, Voice in VR, and Digital Cultural Heritage. He is also a full-time senior lecturer at Saint Martin’s Institute of Higher Education teaching Creative Computing, Game Design, Interactive Narratives, Transmedia Storytelling and WorldBuilding.
Jonathan is also a Management Committee member of the EU COST Action INDCOR (Interactive Narrative Design for Complexity Representations). Finally, he is also a dormant Enlightened player of the Alternate Reality Game INGRESS by Niantic, having been the main point of contact for Malta, of which he has fond memories of international coordination with other players.

HOW TO DESIGN AND CREATE CONTENT FOR ALTERNATE REALITY GAMES
Workshop

How do you combine a story with games? How can you immerse players into an imaginary world sustained by the physicality of the world around them? How do you provide your players with agency in your story? In this workshop we will address these questions while designing ARGs in groups, drawing from experience gained in the summer school. 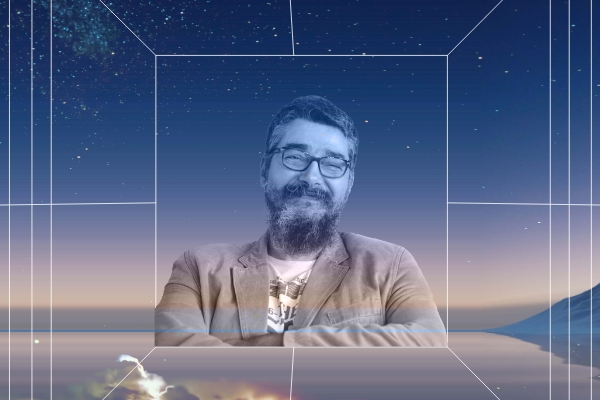 Mirko is an artist living in the Balkans and everybody knows artists have to do many different things in order to keep on living anywhere, let alone around here. So, he wrote screenplay with artificial intelligence as a subject, had a premiere of ten-part educational TV series he directed, won two virtual reality hackathons and ran successful political campaign – all during last year, which puts his twenty years of professional experience in a perspective. Since leaving the Balkans is obviously the most important part of living in the Balkans, he made pervasive games all over England (if three cities can be called “all over”), designed video games for USA and German studios (well, two small ones) and had advertising campaigns in Hungary (ok, that doesn’t really count as “leaving Balkans”). In his spare time he is a professor at the Faculty of Dramatic Arts, the Faculty of Technical Science and the Academy of Arts.

Mirko Stojkovic will introduce us to some interesting applications of alternate reality storyworlds, games and immersive experiences taken from his own professional experience.
Mirko has had a long history of welcoming migrants from reality-based communities into pervasive games and immersive theatre plays, and bringing them into the greater alternate reality storyworlds.
He created a proprietary two-way process called nano-spectacle in which migrants from reality-based communities and fantasy world citizens work together to build unsecure, extreme, and therefore cathartic experiences.
The field of reality-based community migrant integration, however, has traditionally been polarizing and the related data is generally limited to high-income industries like political marketing and video games.
Luckily enough, Mirko Stojkovic has been working in those areas too, so he will have no problem to explain how the post-truth era can further foster migrants’ ability to contribute to the stability of fantasy worlds. 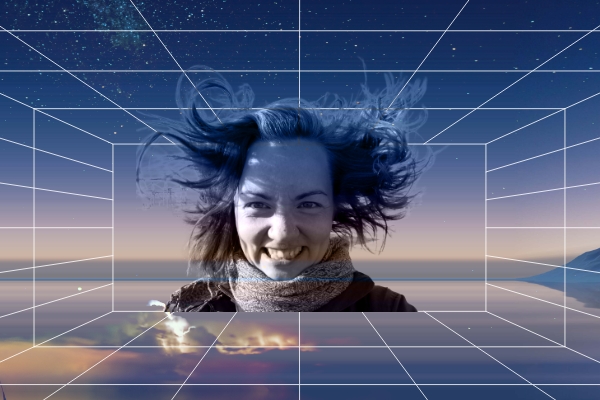 Nina works magic in the field of critical urban practice and playful arts. An architect by training, she realizes collaborative, cross-disciplinary projects, taking on roles as artist, scenographer, graphic designer, or curator.
As a member of urban artist group zURBS since its inception in 2011, Nina has realized over 40 urban art projects across Europe, all of which engage different publics in exploring and rethinking the fabric of city life.
In 2019 Nina and Cecilie Sachs Olsen were featured at the Oslo Architecture Triennale with their own exhibition Place Listening, which explored how playful urban listening can expand the relationships between people and the places they inhabit. Nina was additionally represented at the triennale with Home Planet; a pervasive 4-days LARP and art installation based on The Dispossessed by Ursula Le Guin.
Nina is an active contributor to the emerging cultural art field of Nordic Live Action Roleplaying (LARP). She is Co-founder of UNION, a cross-disciplinary group exploring the intersection of LARP and the art world and an active curator of Blackbox Copenhagen, a festival dedicated to experimental LARP.

TRIANGLES OR HOW THE REALITIES MUST EXPLAIN THEMSELVES
Workshop

How can the reality we are situated in inspire new realities? Is it our perception or restrictions that hold us back from creating the worlds we dream about? What possible futures await us if we challenge the now? What elements can we add or alter to open up for magnificent new worlds?
In this workshop we look at tools, methods and games from architecture, LARP and Authentic Relating practices to understand our surroundings and our realities. And thus we’ll explore our immediate surroundings of Dolen and look at the world in many new ways!