Will open for applications in

Summer Scriptwriting Base 2023 will take place in the village of Dolen on July 21 – 30th, 2023. We will unveil the programme and open it for applications on February 15th, 2023. Here below you can find information about the previous editions of this exciting creative experience. 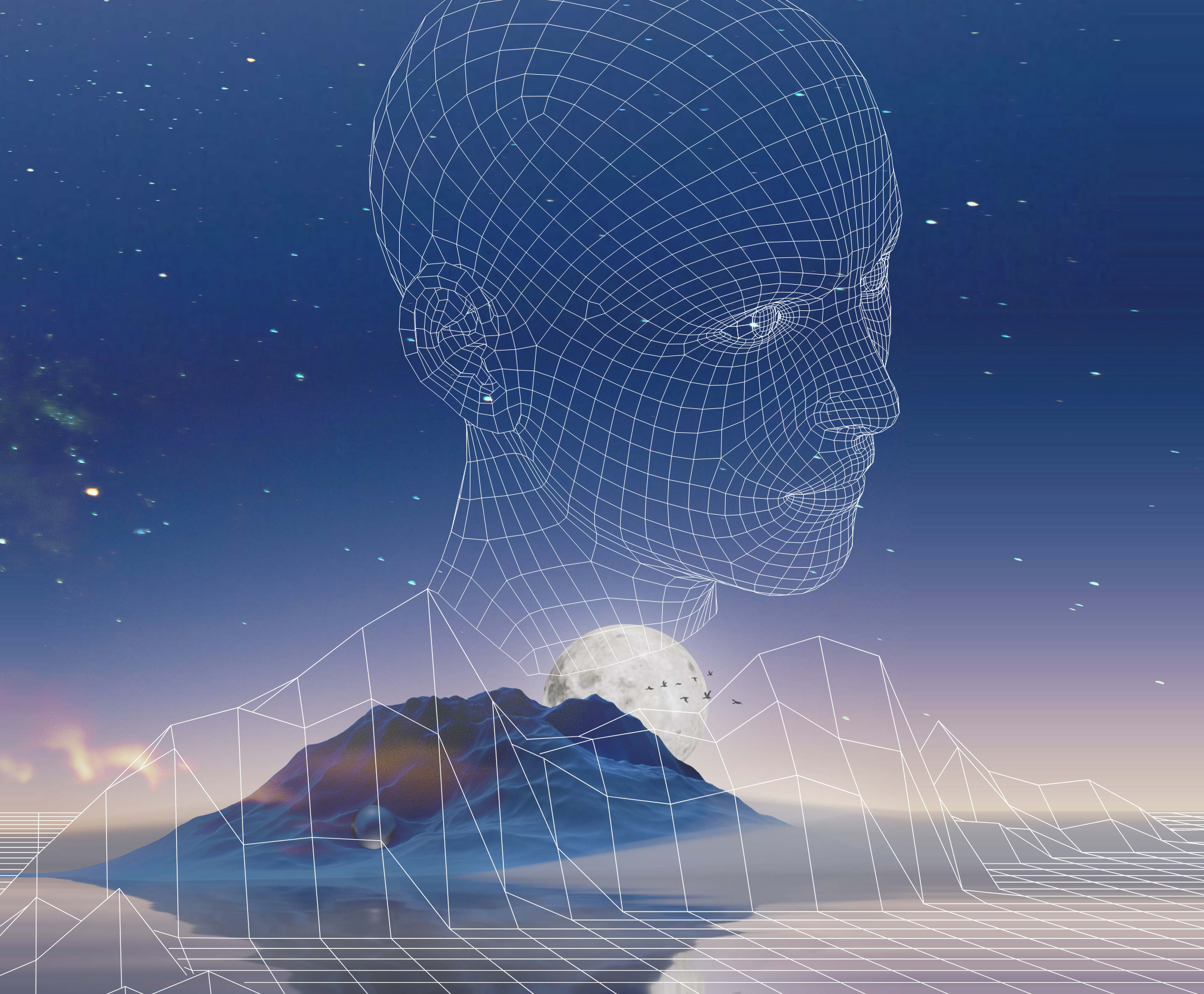 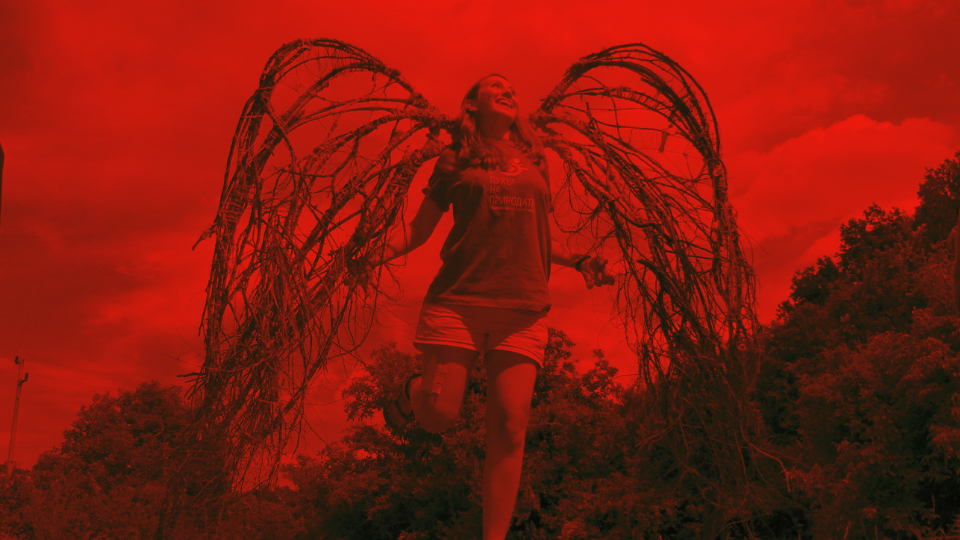 The 5th edition of the Summer Scriptwriting Base took place in the Art center Duppini in July 22-31st, 2021. 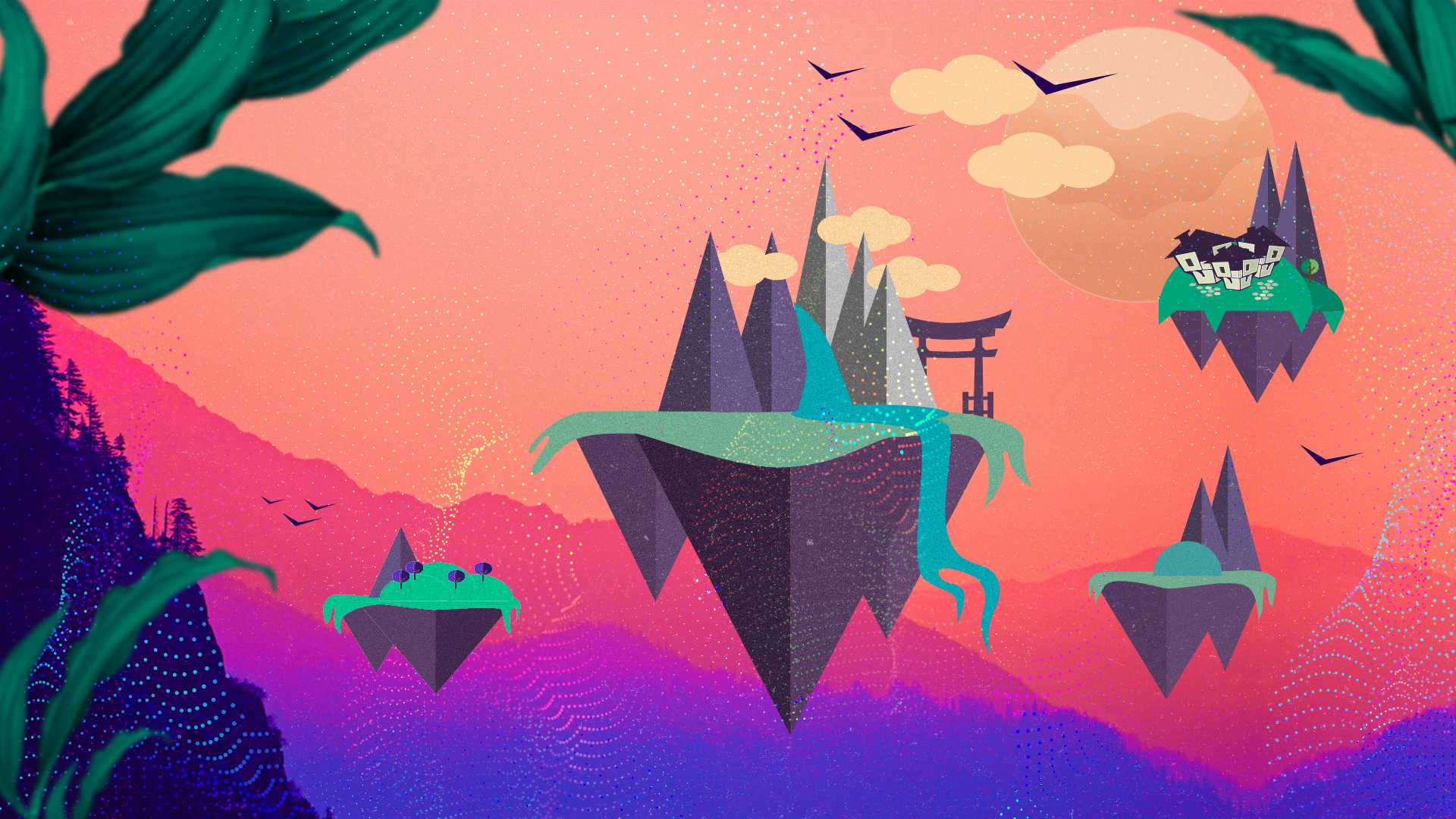 ​Shangri-La is a fictional place described in the novel “Lost Horizon” by James Hilton. 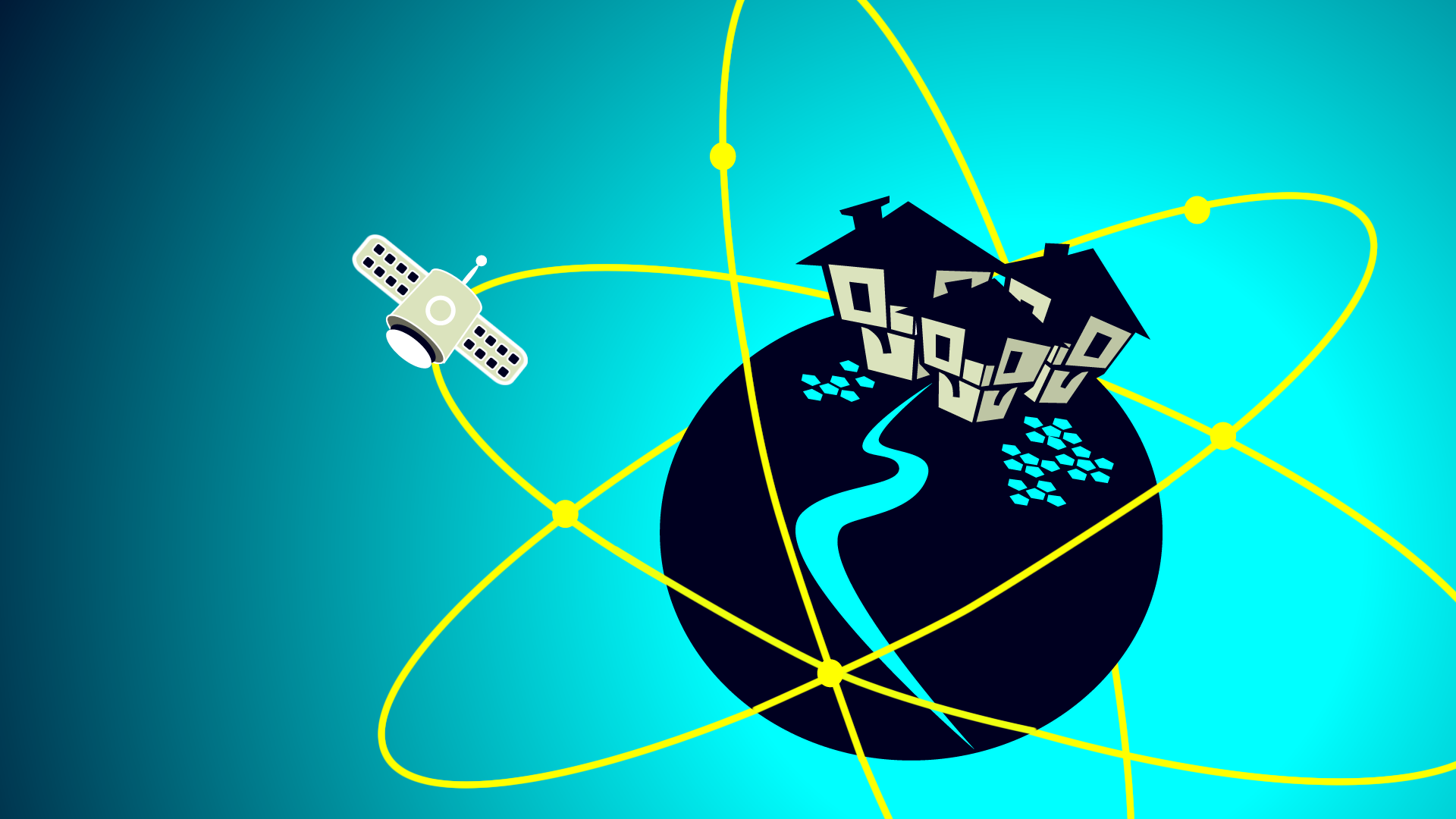 The 2018 edition of the Summer Scriptwriting Base was dedicated to storytelling in the Digital Age. 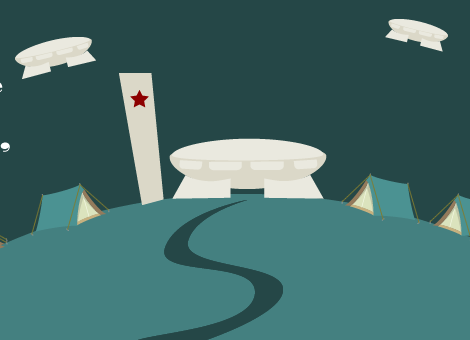 TO DIE LAUGHING was an international educational forum for scriptwriting, which took place in Bozhentsi (Bulgaria) from July 29 to August 9, 2017. 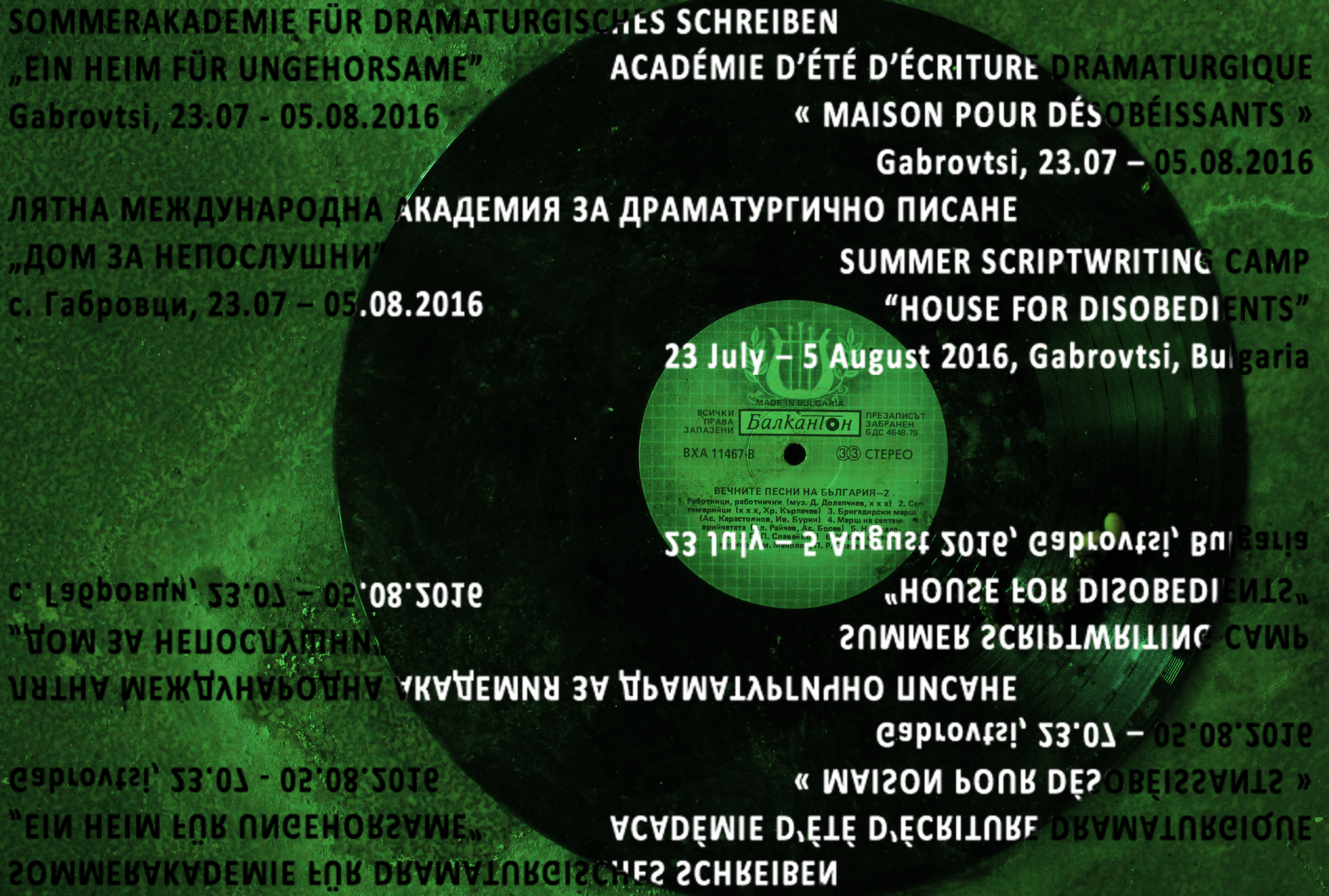 “House for Disobedients” is an international educational forum in scriptwriting, linking various genres through a documentary framework. In the span of two week established and novice writers of scenarios, theatre plays and all other sort of scriptwriting will participate in lectures and workshops led by well-known European and Balkan teachers and practitioners. 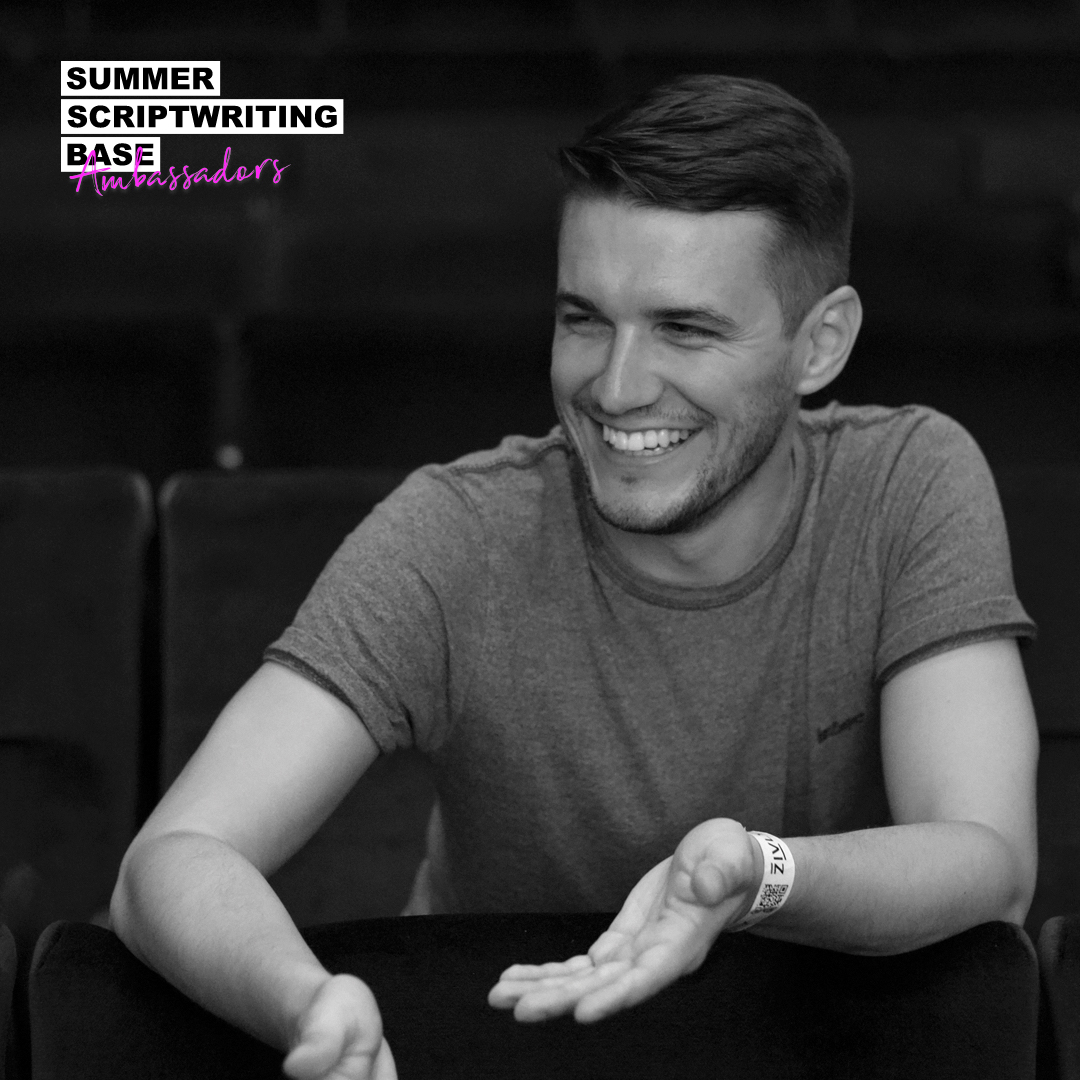 Peter Gašparík is a screenwriter, script editor, and festival organizer based in Bratislava, Slovakia. During his studies of screenwriting and script editing, Peter took active part in screenwriting and dramaturgy of several live-action, documentary, and animated short films. He made his feature debut with the horror film Evil (Zlo) in 2012, and continued with his 2015 drama film The Cleaner (Čistič), both directed by Peter Bebjak.

He has held the position of a PR manager for various film projects, events, and institutions, such as the Slovak Film and Television Academy or the national film awards The Sun in a Net. Nowadays he is one of the core organizers of the 4 Elements Film Festival in Banská Štiavnica and the PR manager of the International Film Festival ART FILM FEST Košice.

He is currently working on his PhD in film screenwriting, focusing on horror cinema. 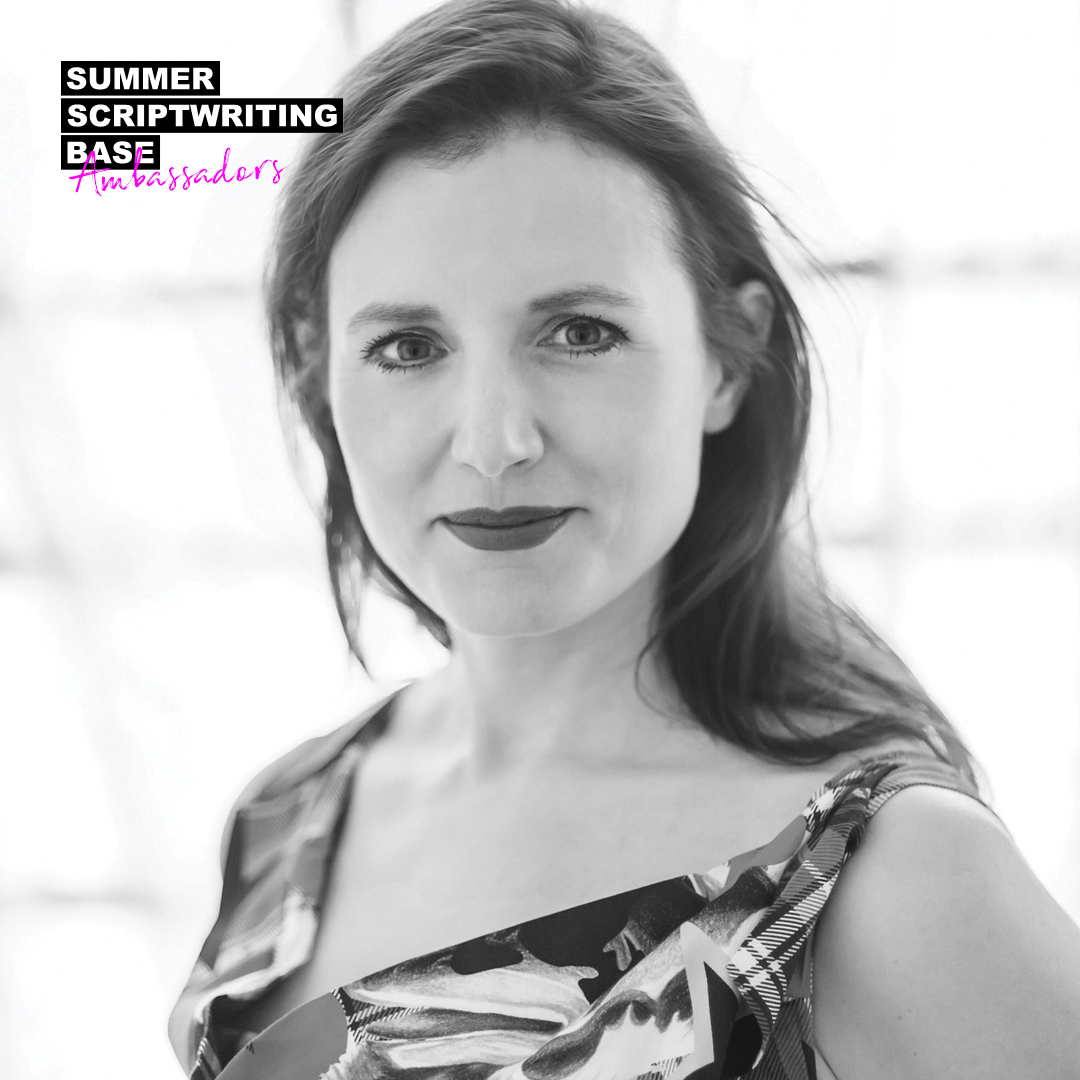 Sarah Grochala is a multi-award winning playwright based in London. Her play S-27 won the 2007 iceandfire/Amnesty International Protect the Human Playwriting Competition and was also shortlisted for the King’s Cross Award and the Leah Ryan Award for Emerging Women Writers. Her play Waiting for Romeo (Romeo’yu Beklerken) ran in rep at Tiyatro Yan Etki, Istanbul from 2014 to 2016, winning the 2015 Ekin Yazin Dostları Theatre Award for Best Play (Small Venue).

In 2011, she won OffWestEnd.com’s Adopt a Playwright Award for her play Smolensk. Her most recent play Star Fish was shortlisted for the 2016 Nick Darke Award and BBC Script Room 10. Sarah currently writes audio dramas set in the worlds of Dr Who and The Avengers for Big Finish. Recent releases include Narcissus, Do No Harm, The Hollow Crown, Mother’s Day, Off Grid and Outback.

Her writing has been supported and developed by the National Theatre Studio, Royal Shakespeare Company, Arts Council England, The Peggy Ramsay Foundation, The Organe Tree, Sphinx, The Orchard Project and The Studios Key West . She is Senior Lecturer, Writing for Theatre at the Royal Central School of Speech & Drama in London, where she leads their MA/MFA Writing for Stage and Broadcast Media programme. Her books on theatre include The Contemporary Political Play (Methuen Drama, 2017) and The Theatre of Rupert Goold (Methuen Drama, 2020).

Andrea Brunello is an independent researcher, playwright, director and actor, working at the boundary between theatre and science. Brunello is the founder and director of the Portland Theatre of Trento and of the Arditodesìo Company. In 2012 he founded, with University of Trento physics professor Stefano Oss, the Jet Propulsion Theatre, a project that brings theatre and science together, carried out in coordination with the Laboratory for the Communication of the Physical Sciences of the University of Trento.

From 2020, the Arditodesìo Company has been lead partner of the Creative Europe project CURIOUS (Culture as a Unique Resource to Inspire, Outreach & Understand Science). 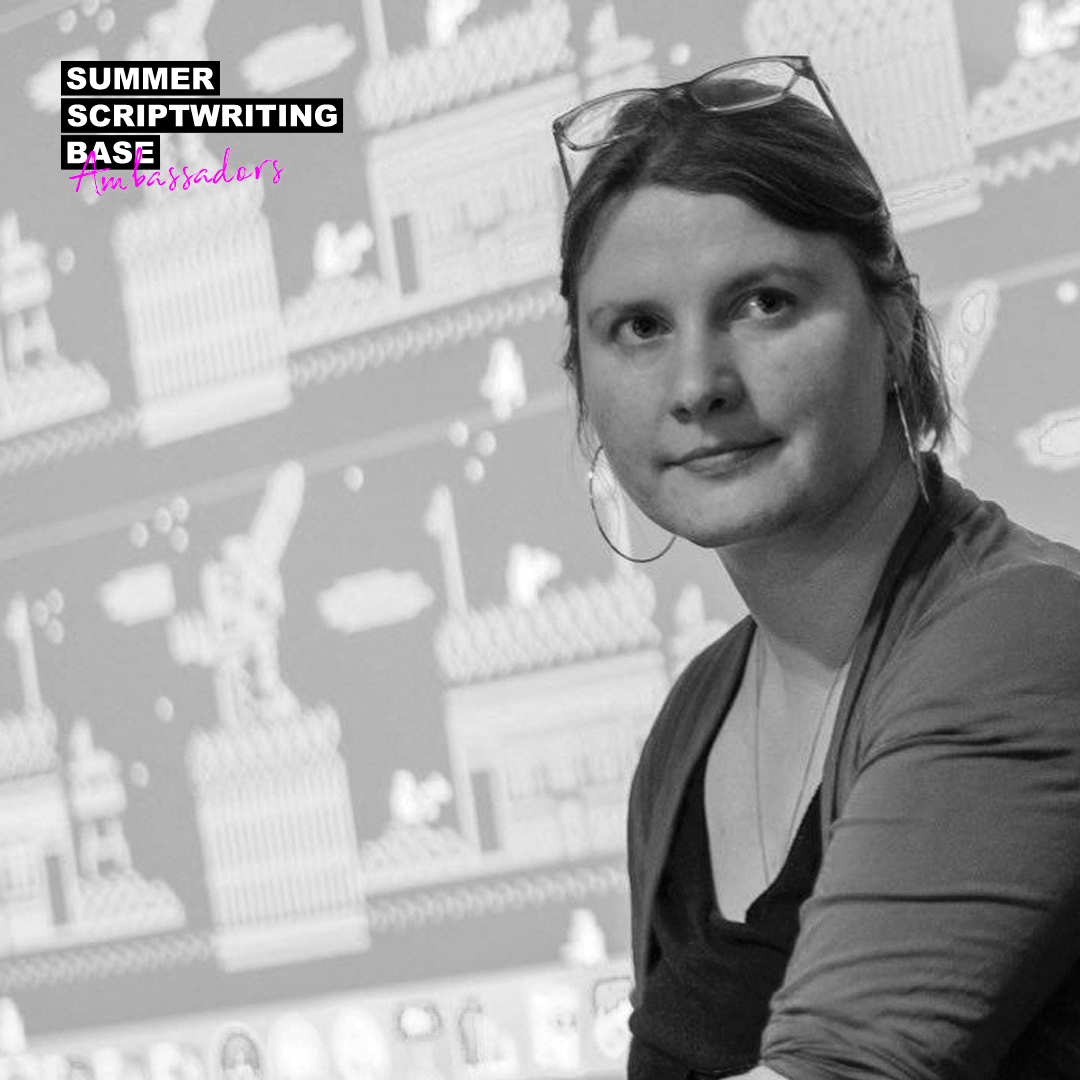 Ágnes Karolina Bakk is a PhD researcher (MOME Innovation Center), conference founder, producer and curator. She is the founder of the immersive storytelling conference and magazine entitled Zip-Scene, that will take place for the third time in September 2021. She is the cofounder of Random Error Studio, a lab that supports various VR productions and is currently the curator of Vektor VR section in the frame of the Verzio Documentary Film festival. Between 2017-2019 she was also a research fellow at Sapientia – Hungarian University of Transylvania.

Ágnes is teaching escape room design, immersive&VR- storytelling and speculative design at MOME and she is also a board member of the COST Action INDCOR on Interactive Digital Narratives for Complexity Representations. In the frame of this action she is also the co-founder of ComplexityJam online game jam. Ágnes presented her research on immersive theatre, science of magic and VR at various conferences and platforms from Moscow (CILECT, 2019) to Montreal (SQUET, 2019). 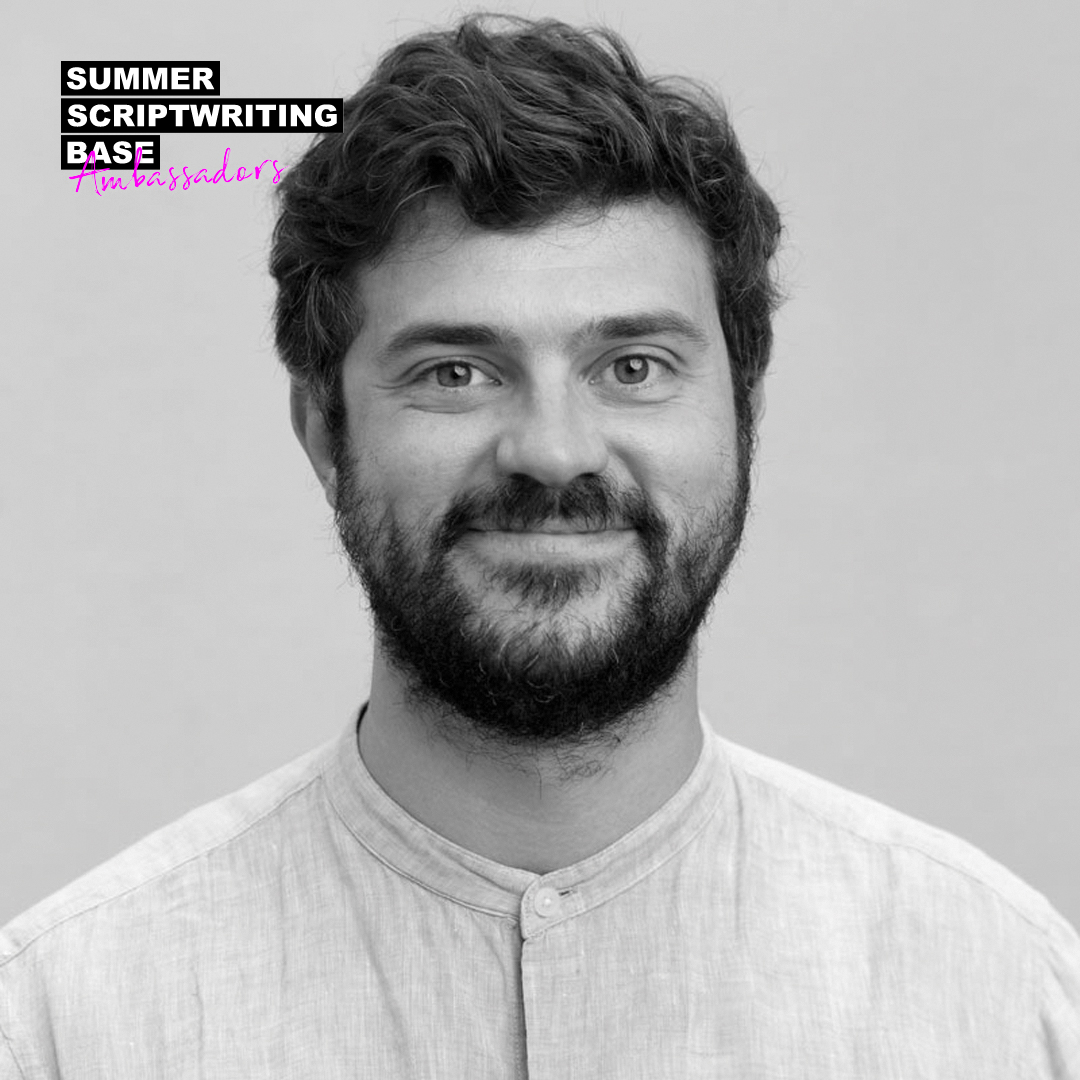 Matteo Uguzzoni is an architect and a game designer. His practice focus on creating transformative experience blending real life game and theater. He co-founded Urban Games Factory an Italian collective active in different form since 2009. He is also the host of “The Playcast” a podcast about immersive theater, real life games and everything in between. 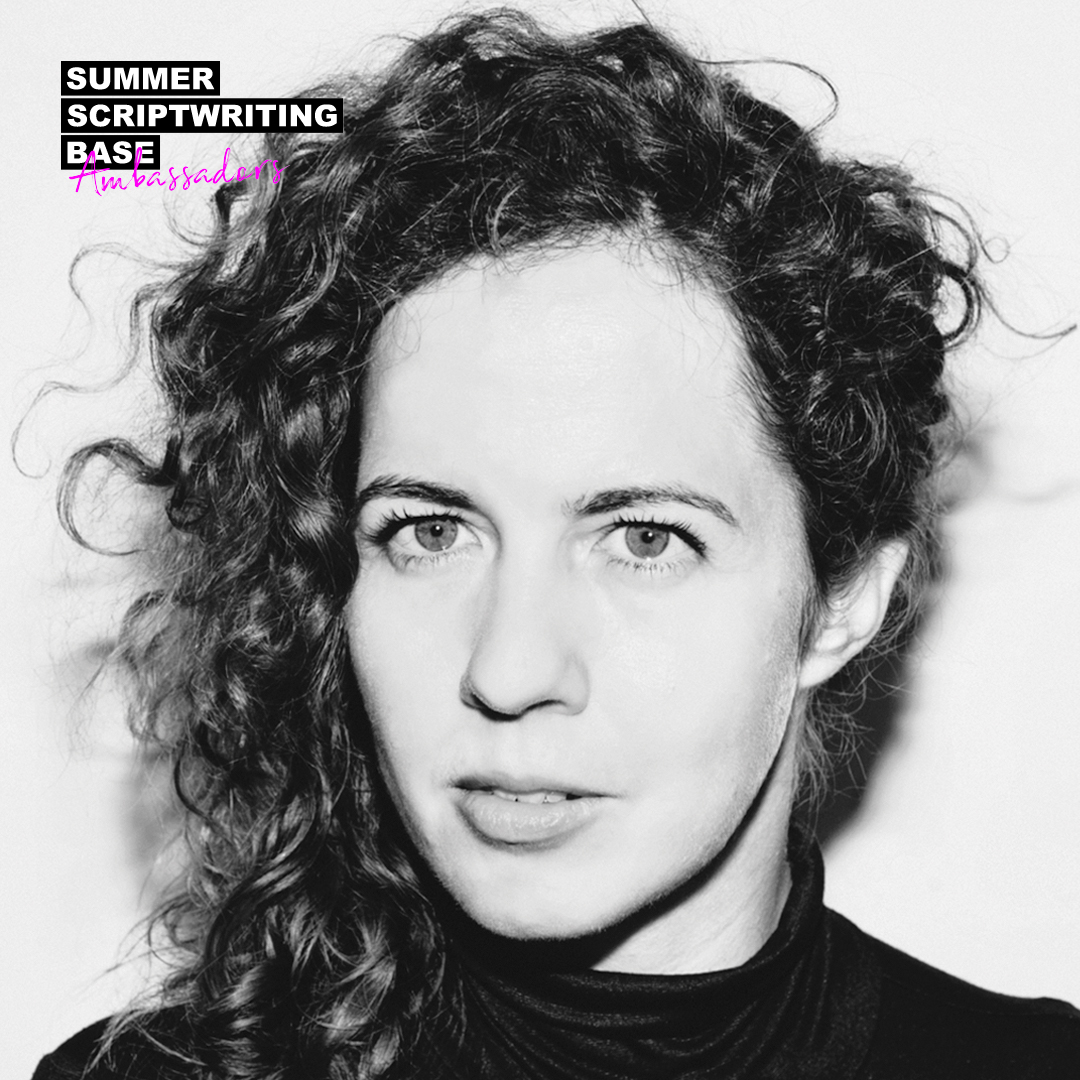 Katharina Maschenka Horn is a contemporary dancer, choreographer and teacher (studies in dance and choreography ArtEZ Arnhem (NL), BA 2007) in the field of socio-artistic dance theater.

From 2008-2018 she choreographed numerous pieces, with a creative focus on the Balkan region. Katharina is collaborating with the musician Jan Günther / Janner under the name KaJa since 2019. Katharina has taught at universities in Tirana (AL), Thessaloniki (GR) and Chişinău (MD) among others. Since 2010 she has been working with Nir de Volff / Total Brutal, performing nationally and internationally, assisting in workshops and teaching the Total Brutal ‘use abuse method’. From 2014-2017 Katharina was seen at the Schaubühne Berlin in the production NEVER FOREVER by Falk Richter and Total Brutal (Venice Biennale 2015).

In 2013 she was part of the danceWEB scholarship program / Impulstanz Vienna (A) and in 2018 she was resident artist at the Goethe Institut Thessaloniki (GR). 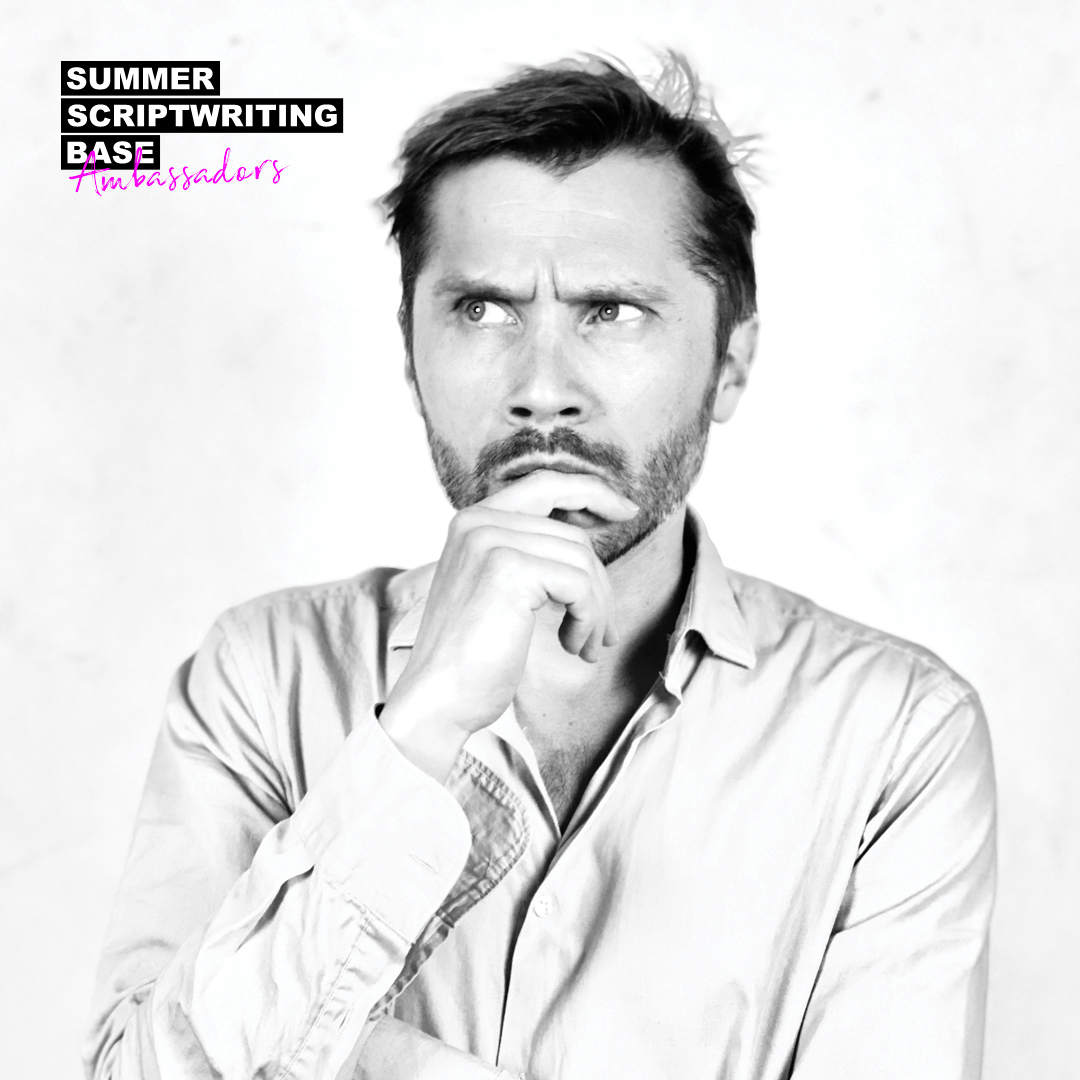 Caspar Schjelbred works as a freelance teacher, director and performer – specialised in physical improvisation, clown and mime. Codirector of Impro Academy Paris, member of improvisational theatre company The Improfessionals (artistic director 2008-2014) and solo artist across the world since 2013 with his largely improvised show PLAN C.

Founder of his own teaching brand IMPRO SUPREME in 2010, which over the years has grown to become his main project. Caspar is also the main associate of director and master clown Ira Seidenstein (International School for Acting And Creativity) and has written the foreword to his two books Clown Secret (2018) and Quantum Theatre: Slapstick to Shakespeare (2020).

Participant in the two first Summer Scriptwriting Camp/Base 2016 and 2017, Caspar came back as a mentor in 2018 to lead the workshop “Practical Toys for the Playful Playwright”. He has been a regular visitor to Bulgaria since 2014; first invited by HaHaHa Impro Theatre with whom he later co-created the physical comedy show AVANT-GARDE (2018). 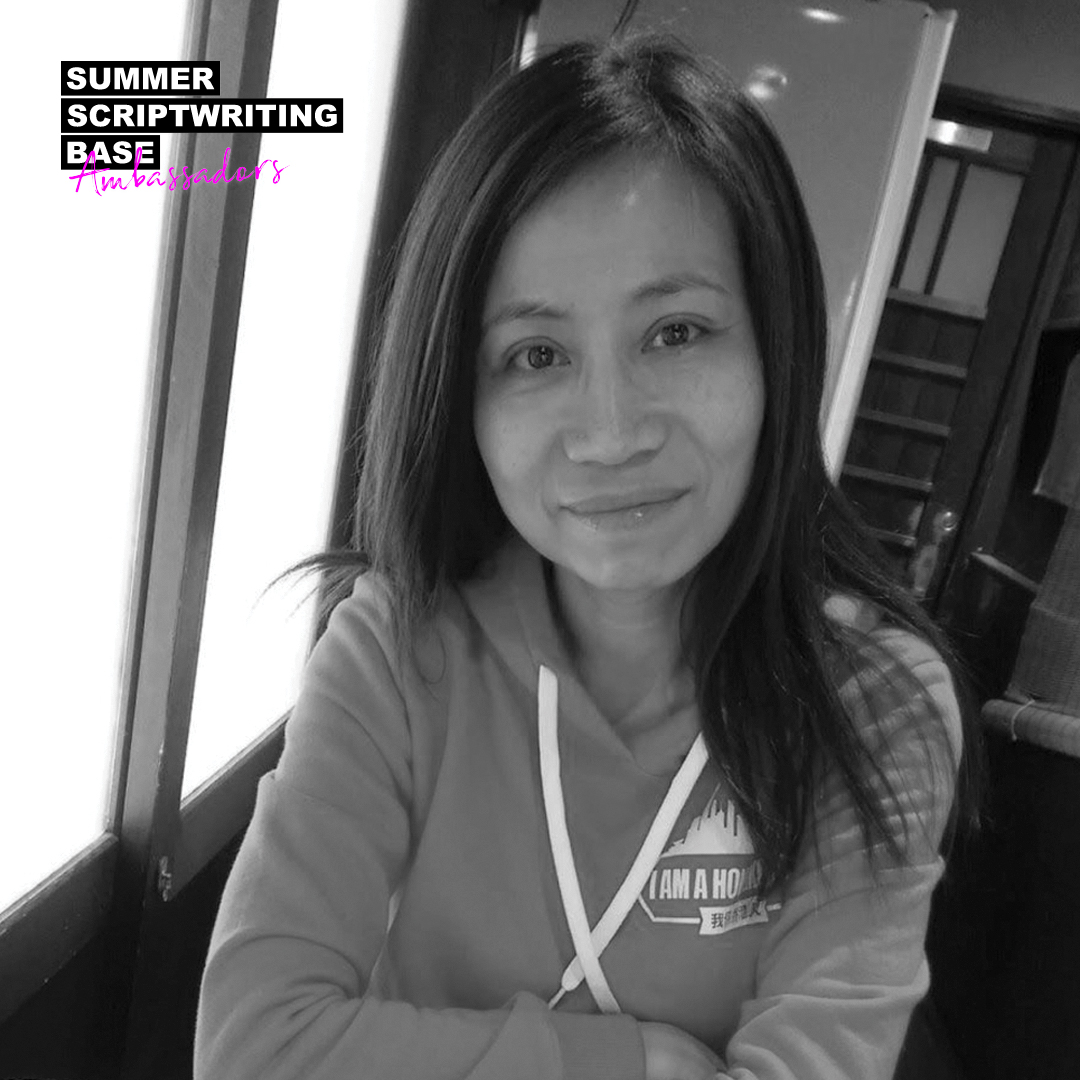 Noel Leung has a nickname of Christmas. She works as a sub-editor in the media for many years.

She was a theatre critic for more than ten years. Besides writing critics, she loves to participate in all kinds of theatre workshops all around the world. Such as an observer in a dance workshop in Taiwan 2011, a participator in Learning Plays of Impulsive Theater Festival in Dusseldorf 2016, What is Stage in Hong Kong 2017 & 2019, Summer Scriptwriting Base in Bulgaria 2018 & 2019.

Her latest script “Time to go home ” is a radio play that will be broadcasted in Japan soon. And now she is preparing the second episode of the captioned play. 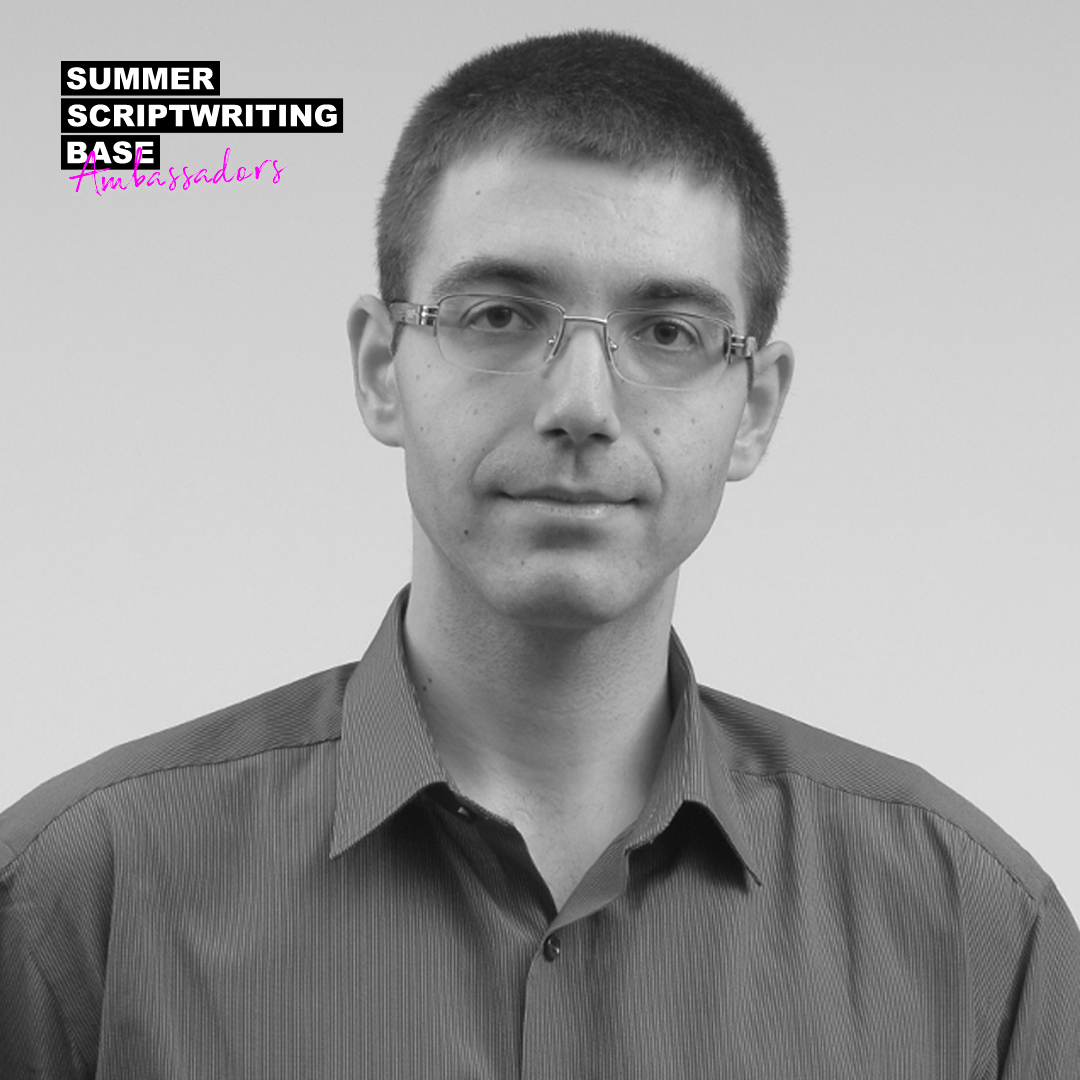 Dr. Vladimir Bozhilov is an Astrophysicist and Science Communicator. He is currently Head Assistant Professor at the Department of Astronomy, Faculty of Physics at Sofia University. Dr. Bozhilov’s main scientific interests are active galactic nuclei (AGN) – quasars and blazars at high redshift, cosmology, exoplanets and habitability. Dr. Bozhilov is an active and well known science communicator with more than 300 media appearances on radio and TV and frequent presenter in sci-comm events (like Sofia Science Festival, European Researchers Night, RATIO etc.).

Vladimir won second prize in the FameLab 2010 competition for communicating popular science and first prize in Hall of FameLab International 2014 in London, UK. Dr. Bozhilov is the author of over 80 articles in various Bulgarian popular science magazines and co-author of a popular book on exoplanets and habitability (“Life and Universe”, 2010). In 2012-2018 he was the Science Editor (2012-2014) and then the Editor-in-Chief (2014-2018) for “BBC Knowledge Bulgaria/BBC FOCUS/ScienceWorld” magazine.